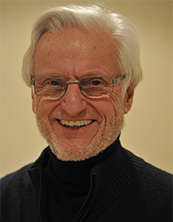 I owe my fascinating, colourful and rewarding journey with the Shroud to many people but two must be mentioned. First, in 1976, historian and author, Ian Wilson, by lucky chance stumbled across a press release I had issued asking for ideas for documentary films. He sent me his provisional papers on an obscure subject I had never heard of - The Shroud of Turin. From among them tumbled a picture of the face on the Shroud. Like most non-Catholics I had not seen it before. Prior to The London Film School I had been a photographer and I was intrigued how this "negative" image could appear on an ancient linen. Whatever it was it was a mystery to be solved and that always makes a good documentary. Ian's book on the subject which was published in parallel with the film became a bestseller. (See image below.) 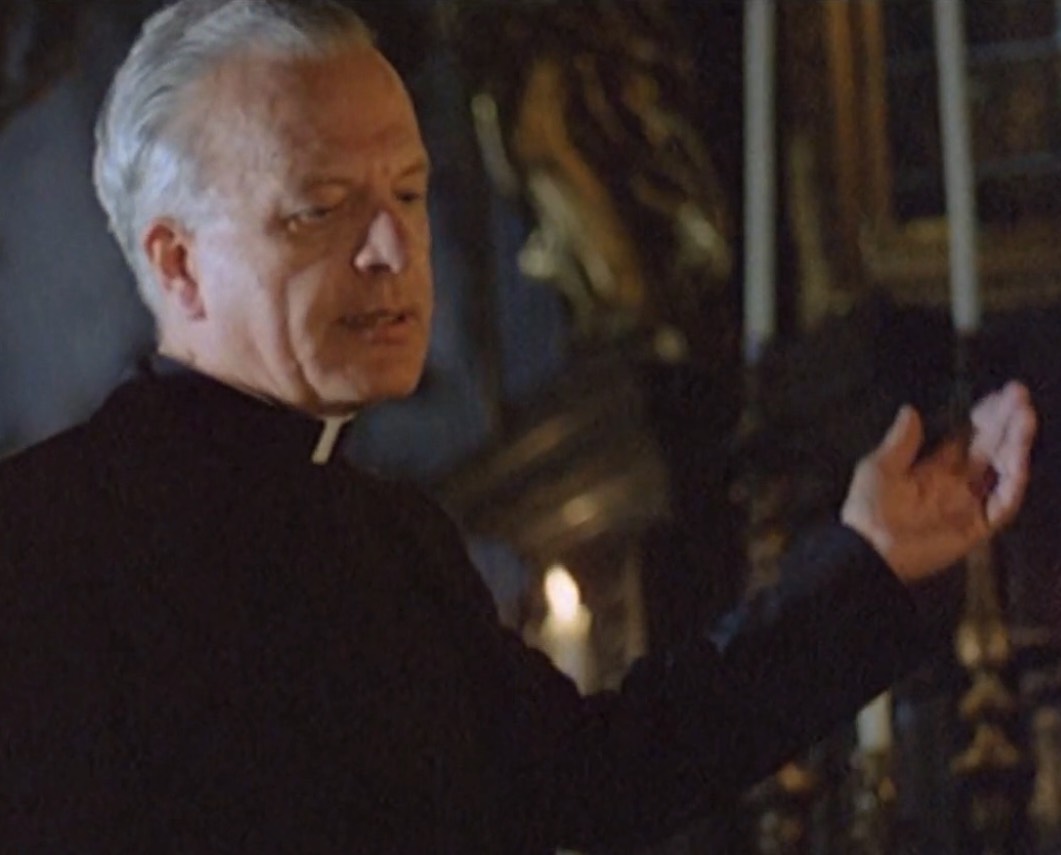 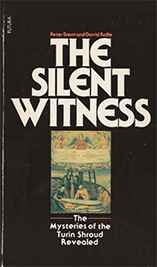 Attempts to finance the film failed miserably until I finally met a Salesian priest from New York, Fr. Perter Rinaldi. (Left). Before migrating to the USA he had been an altar boy in Turin and took his love of the Shroud to America with him. He changed everything by opening doors to a source of finance and, even more important, doors to Turin and the Vatican to obtain unique access.

Filming the story would take me around the world and had me at gun-point on three occasions, subject to blackmail and then tense subterfuge filming in Turkey during the Junta of of 1976. Enough to justify a book of its own on the whole adventure.

The Silent Witness film broke box office records when it came out in London and, within 10 days, was sold around the world. A BAFTA was the icing on the cake.

It turned out that as well as Ian Wilson's historical research, scholars and scientists of many disciplines around the world were all working on other aspects. However, in those pre-internet days, they did not know about each other. Fr. Peter Rinaldi was the lynch pin that enabled everything to come together.

A reflection on what the Shroud has come to mean to me.

I, along with many more scientifically minded than myself, have come to the conclusion that, unlikely as it seems, the only explanation for all the image’s characteristics is some form of radiation from the body. Radiation of immense power but for only an infinitely small period of time. Just a fraction of a nanosecond. Could this have been the precise moment in time of the Resurrection? Such an event is consistent with the first disciples’ belief that Jesus had defied death and returned to life. The belief that He had was strong enough to fan this initial flame of Christianity across the known world and onwards down to ourselves. The forensic pathological evidence revealed by the Shroud is entirely in accord with the description of events given us in John’s Gospel and, thereby, underpins its veracity.

However, Jesus is not depicted in glory. Indeed, he is naked, battered and wounded. Most significantly it seems to me is that fact that he is naked. This is no surprise as we know that Roman crucifixion victims were generally crucified naked, and Jesus would have known this. His nudity means that the image itself is devoid of any garment or symbolic item that might enable any one faction claiming Him for themselves. He represents “Everyman”. The fact that John tells us that the first person he greets is female squares the gender circle.

The other significant aspect of the image is that despite the evidence of an horrific and torturous demise his facial expression is in perfect repose and calm. It would not be an exaggeration to describe it as “transcendent”.

I have filled several hours of film about many other aspects of the image and the cloth on which it resides but what I have described is the essence of it and the astounding thing is how “minimalist” it is. To the naked eye, as I discovered when we were allowed to film it, it is, at first, almost imperceptible. Any form of photography enhances contrast so it easy to see on a screen, but, in the flesh, it is ethereal. Miraculously, for something by any account many centuries old, the cloth it is on bears a “sheen” that one might associate with a new fine linen.

It is on this “minimalist” observation that I have based my own Christian faith. Arguably, Jesus reduces the Bible down to “The Two Great Commandments” You do not get much more minimalist than that.

At the first step of my “conversion” even these were too much for me. In the first, I would mentally substitute “Lord thy God” with the word “Creation”. This allowed me to retain one foot in my atheistic/agnostic camp. No. 2 is something that no one can quarrel with and all religions that I know of embrace it, too. But then, I reminded myself of the fact that, try as they might, no one has been able to reproduce an image with the same characteristics of the Shroud image. It is “miraculous”. (You will need to have seen at least one of my films to see this demonstrated.) So, by extension, I came to accept that as the image on the Shroud is a miracle it follows that Jesus must have been who He said He was. If the Shroud’s miracle is true, then why not other “difficult to believe” events in the Gospels? On the balance of the hard evidence in front of me my slide into faith became a gentle but conclusive one. 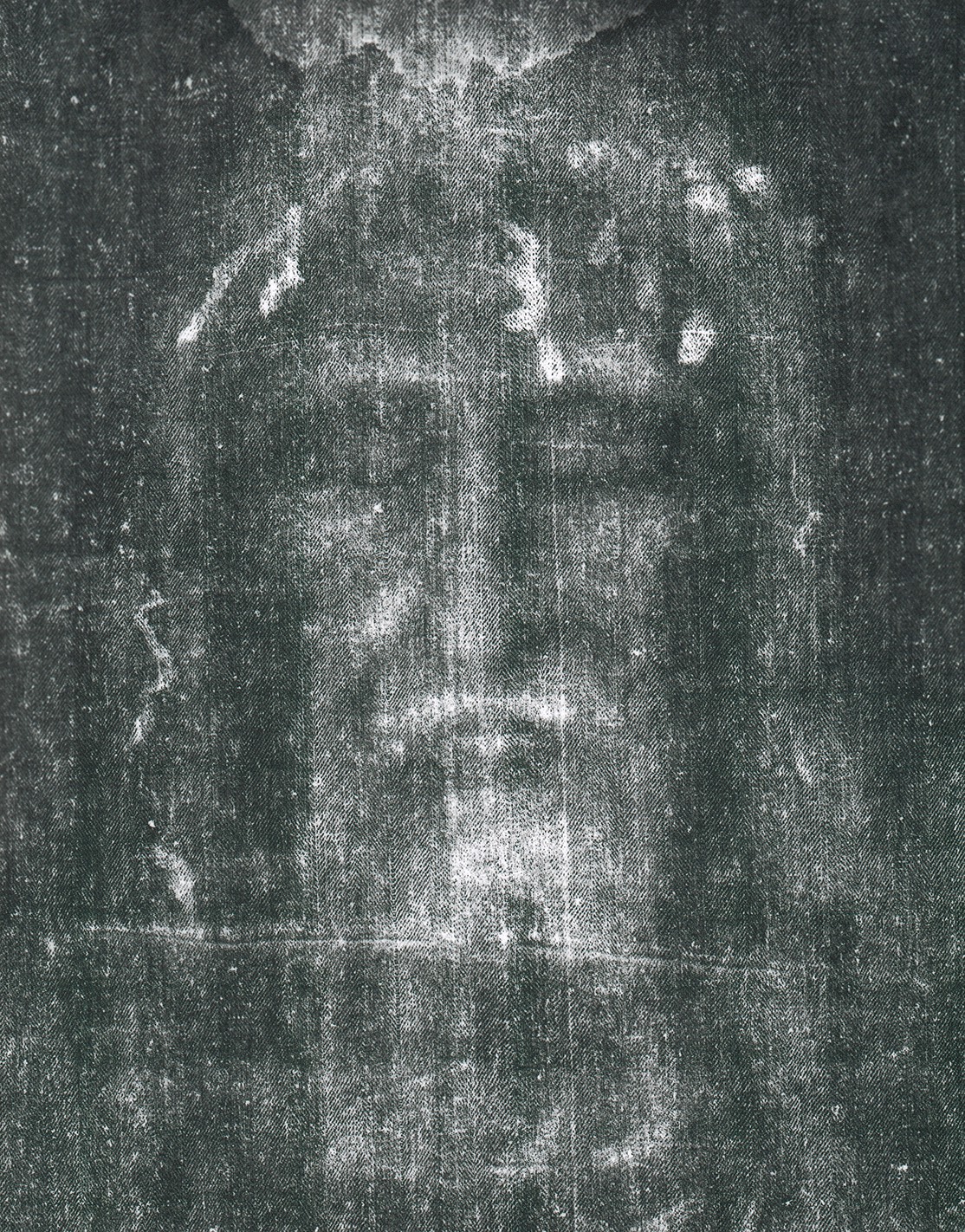